Announcing the Participants in Block SAT 2018

Block SAT includes detailed conversations and case studies about work by South Asian artists from a variety of cultural traditions, either from Canada or abroad, who are challenging the dominant modes of cultural creation. Part of the work is to familiarize the participants with current models of development and production, with an intention to contest a mono-cultural vision of Canadian culture and to provide tools to move the artist’s practice forward.

Block SAT was developed with Rohit Chokhani as part of Project SAT.

Gavan Cheema is a multidisciplinary theatre artist who has a passion for using theatre as a means to build community, celebrate diversity and spark positive change. She holds a double major from UBC in Theatre Studies and History. Her past directing credits include a staged read of da Kink in my Hair by Trey Anthony for Stone throw productions, Victim Impact by Tim Carlson for Theatre Conspiracy (assistant), a staged reading of Mrs. Singh and Me by Munish Sharma for the Arts Club, Bombay Black by Anosh Irani for the Vancouver Fringe Festival (assistant), Stuck in Transit by Hallie Ann Jacobson for the Brave New Play Rites Festival, Men in White by Anosh Irani for the Arts Club (assistant), and Disgraced by Ayad Akhtar for the UBC Players Club. 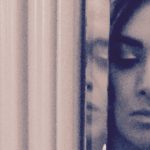 Jasmine Chehil writes from a first generation Canadian/ancient Punjabi/contemporary Sikh/ female perspective in her hometown of Vancouver. Her work seeks to explore the construction of identities as praxis and how these may be influenced by cross-cultural, cross-spiritual theatre production from lenses of indigeneity.

Arno Kamolika is a Vancouver-based Bharatanatyam dance artist and instructor. She has studied Bharatanatyam and Manipuri under esteemed Gurus in Bangladesh, India and Canada including C.V. Chandrasekhar, Jai Govinda, Bragha Bessel, Sharmila Banerjee and Belayet Hossain. A graduate in Architecture, her experience and training in various art disciplines and dance styles like music, mime, theatre, other contemporary dance forms, has complemented her 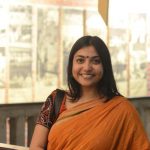 work as a dancer. Over the past few years, Arno has been an integral part of Mandala Arts as an instructor and as a solo performer. Arno’s rich repertoires of performances have taken her across the globe at various festivals in USA, Germany, India and Bangladesh. She is currently working on projects that create a bridge between the traditional framework of Bharatanatyam and Bengali poetry and music of Rabindranath Tagore. 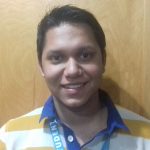 Ayush Kathuria is currently a student at UBC Vancouver majoring in Psychology. His past experience is mostly related to writing a couple of street plays. His work seeks to provide modern adaptation to age-old folk tales, revisiting past historical figures through a different perspective and shedding new light on old tales. 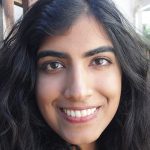 Zahida Rahemtulla is an emerging writer of fiction and theatre. She studied Literature and Middle Eastern Studies at New York University in New York and Abu Dhabi. Her play-in-progress, The Wrong Bashir, was recently granted a spot in Vancouver Asian Canadian Theatre’s annual new play development program in partnership with the Playwrights Theatre Centre. Zahida is a current student at the SFU Writer’s Studio, where she studies fiction. She works in the immigrant and refugee non-profit sector.

Mannu Sandhu is a Canadian actress/ model now residing in Mumbai to pursue her career in Indian Cinema as an actress. She studied political science and criminology from Douglas Collage and the Justice Institute of British Columbia. She then pursued her career in acting and starting coaching at the Actors Foundary, Vancouver. Her first Canadian Feature Film was Footsteps into Gangland, a topic which is of high importance in the Canadian households today. The film was about a teenager living in a foster home and getting sexually abused at home and influenced by the drug dealers of Vancouver on the streets. She gives high importance to topics that bring awareness to her community. She has done five feature films so far and is working on new projects in India. She also holds the title of Miss Universe Canada Miss Humanitarian for her ongoing community work in Canada. She has been spearheading the most prominent South Asian Film Festival in the City of Vancouver for the past five years and she has become a force between India and Canada to help join the two countries in the Entertainment Sector.