Relation: Or, My Family’s True Lies 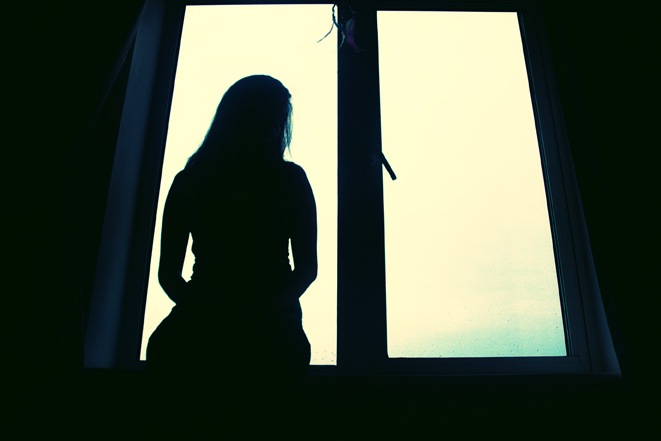 In the lead-up to Unscripted: Where the Devil Can’t Go – a secret pass to the world of PTC Associate Veronique West’s new play-in-progress – she reflects on concepts of truth and fiction in her family history, her life and her art.

At five, my mother walked barefoot across smoldering ashes. At thirteen, she wrapped a scarf around her mouth and defied the milicja. At nineteen, she was an illegal immigrant, sleeping in olive groves. Her reality often makes my fiction seem safe, self-conscious. But her experiences change every time we discuss them. And the women in my family have a gift for white lies, ambiguity, escape. For taking secrets to their graves.

I don’t know why I’m reluctant to write non-fiction. Maybe I believe that fiction is a necessary self-deception, exposing truths we can’t explain—or even acknowledge. At the peak of my eating disorder, I didn’t write about myself. But I wrote about witches. About bargains, rituals, transformation, violence. About the prices women pay to take control of their lives. When people described my “real” words and actions, I felt nothing. They were describing someone else. Even now, I struggle to write about anorexia “truthfully.” Addressing it here, so directly, feels reductive. Clumsy.

My mother says that, as a young woman, she felt liminal. In between this world and somewhere else. At night, she went to her bedroom window. She saw a girl who moved, breathed, blinked when she did. The girl was a contour: brow, throat, shoulder. Half-lit. She could be anyone, anywhere. Where was she? My mother leaned in, till they were eye to eye, nose to nose, counterparts. If she got close enough, could she go there?

My identity isn’t stable: it’s conflicted, amorphous, in flux. Much like my family history. Maybe I’m introverted, ambitious, informed, compassionate. Maybe I’m complacent, insecure, judgmental, self-righteous. Maybe I’m none of these things. What about every latent part of me that hasn’t surfaced? It doesn’t seem possible to represent my “true” self. To even come close.

I tell my mother she’s a good liar and we both laugh. She says that she never lied to me. She left things out. She reimagined parts of her life—because she had to—and she genuinely believed these fictions. They became truer than the literal facts. I think about collective memory; current events in Poland; the stolen land I live on. How myths shape individuals, families, nations. 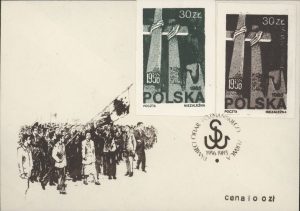 Grappling with “truth” means being accountable. I can’t explore certain parts of my mother’s life through documentary material—only through fiction. She hasn’t given me permission. I usually challenge myself to take creative risks, but the stakes of this process are different. At the centre is a real relationship. Every time we talk, our dynamic shifts. As I develop a clearer sense of my mother’s past, I become increasingly aware of her omissions, her evasions. The experiences she won’t ever share.

I often wonder how trauma informs our capacity to create; how creativity informs our capacity to survive. I started seriously writing fiction at a difficult time in my life. I wanted to disappear, transform, escape from myself. Stories, of course, are never escape routes—even if they seem to be. We can’t separate them from their contexts. I recently learned that in the past, the verb to cope didn’t just mean: “to deal with a situation.” It also meant: “to come into contact with; to encounter.” Many people in my family faced devastating circumstances; many people in my family made art. The further I run from myself, the closer I get to my roots. So, in a way, every lie I tell is true.

Coincidentally, the Polish word kontakty translates to “relations.” Relations, of course, are people bound by blood, or meaningful connections between disparate things. But relation is also the act of narrating; of telling.

Join PTC at Unscripted: Where the Devil Can’t Go on May 3 at a Secret Location!